Even though the sun had long set over the verdant hills of Springfield, Oregon, Thursday, May 19, 1983, remained as warm at night as it had at noon. There was a quiet to the evening, the kind of languishing stillness that sometimes thresholds a storm. But, the night staff at McKenzie-Willamette Hospital felt no oncoming torrent, and, after so-many years fighting unpredictable emergencies they often found themselves with an innate power to feel something sinister in the air. And, the professionals they were, they were always ready.

Nothing had pre-armed them, however, for the drama that unfolded at their literal doorstep at approximately 10:48 p.m. No warning had come until the red late-model Nissan bearing Arizona license plates careened into the emergency drop-off, bleating its horn to scare the devils from hell. The skeleton night shift all heard it; their faces told them immediately that what they had anticipated a quiet night in ER was not to be.

In the driveway, just beyond the double automatic doors of ER, a blonde woman in her twenties waved them on; she looked ashen in the fluorescent tube lighting, and she wildly pointed to the interior of her car.

"Somebody just shot my kids!" was all she seemed to know how to say. 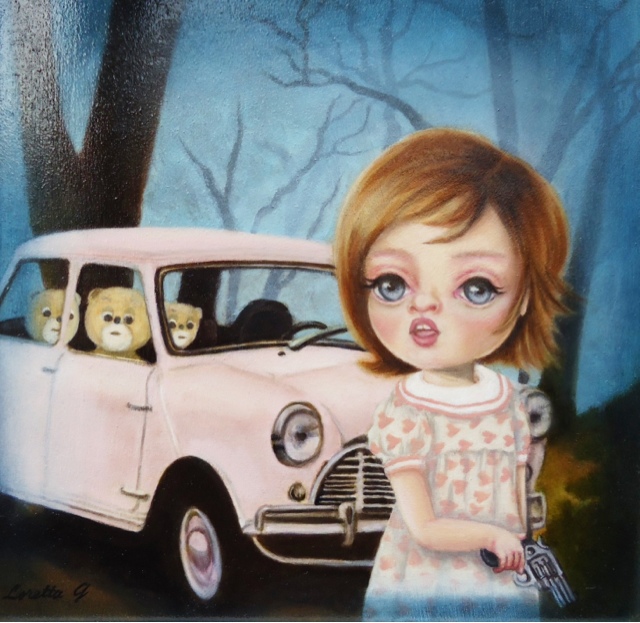 Posted by Unknown at 6:03 PM No comments: